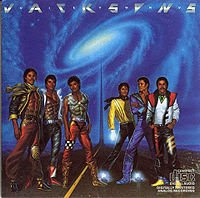 MSNBC looked like the TV Guide channel last night. I missed my Keith Olbermann and Rachel Maddow government news fixes (Keith was on, but covering this story.) The entire area above the fold of the front page of the Los Angeles Times this morning is devoted to this story. Half of the remaining space goes to Farrah Fawcett. What's going in in Iran is limited to about four inches of text. The Supreme Court ruling on school strip-searches got about six inches of text. The Sanford story was relegated to page 20, following five more full pages of Jackson coverage. There is something not right about that kind of journalistic decision-making, but I'll bet the bean counters will be happy.
Posted by M. C. Valada at 11:42 AM